You don’t need the exact path to your vision. You just need the right-minded people (EN)

“Whenever I look for expert advice in Campus, I get several first-rate recommendations. The same goes for potential employees.”

The 7 Habits of Highly Effective People by Stephen R. Covey

Sapiens: A Brief History of Humankind by Yuval Noah Harari

A teacher or a scientist.

If you could enter a time machine, what time period would you go to?

I‘d free all people. Freedom, in my understanding, is a state of mind – a combination of proactivity, responsibility, and critical thinking.

Peter is an expert with many years of experience in performance marketing and blockchain. He was one of the crypto-crowdsourcing campaign leaders of a blockchain company SophiaTX.

Today, he’s transforming his life-long vision of an educational platform for the digital age to reality.

One evening, Peter was chatting with Marek and Dusan’s (Campus co-founders) peer from high school Jaro Chrapko (btw founder of Dedoles and an established entrepreneur) when they heard noises from outside.

Jaro recognized Marek, so they went outside to say hi. This first contact opened the door to tightly-connected future of Peter and Campus.

Peter is the ultimate networker. To exaggerate a bit, he knows everyone, heard everything, can connect you to anyone from the Slovak startup ecosystem. And he made the first introductions when guys were about to launch their first venture in Slovakia.

Peter was also the first one to sit in Campus, both Mlyny and City. Like literally the first (apart from the founders). But as he always says when asked about the Campus, “it’s not about the place, it’s about the people.”

“The word that defines Campus for me has not changed since the first space opened: a door,” explains Peter and lists several reasons.

Campus and 0100Ventures opened the Slovak startup ecosystem to the international community of venture capital and private equity people with their 0100Conferences.

Then it was the invitation for internationals to work in Campus space, thus forming a community of strong experts and entrepreneurs from many different cultures.

“Whenever I look for expert advice in Campus, I get several first-rate recommendations. The same goes for potential employees, even for C-level positions, or mentors,” Peter says with enthusiasm.

“They also welcome students to work in the coworking, giving them chance to gain experience, which is great.”

The endgame is beyond marketing

Peter started out as a marketer, having founded a performance marketing agency Tarantula. (Right, the spider.) But he’d known that was not his endgame. Peter’s visions are far higher and broader than just a marketing agency.

Majority of people he shares his visions with can’t catch a breath. Marek and Dušan can. That’s why they have become Peter’s companions, mentors, and friends along the way.

„I have been in blockchain for the last two years, and it’s the guys who introduced me to DECENT where I had become the head of marketing. I learned about the technology everything I know today. My blockchain era started with Campus founders,” he paints the picture.

He could grow also thanks to the Campus events, especially the Startup Grinds. “Startup Grinds have been just mindf***s. Many of the guests resonated with me. If I couldn’t come, I watched them on YouTube.”

He’s not interested in success stories because they’ll never be replicable again. “That’s yesterday’s reality. I’m always impressed by patterns and the ways people think. And Startup Grind is one of the concepts where you can get this exposed.“

If Peter compares where he was more than two years ago when he first came to Campus and where he is today, it’s like a different reality. „These have been the most brutal two years of my career – in the most positive way – in terms of results and growth.“ 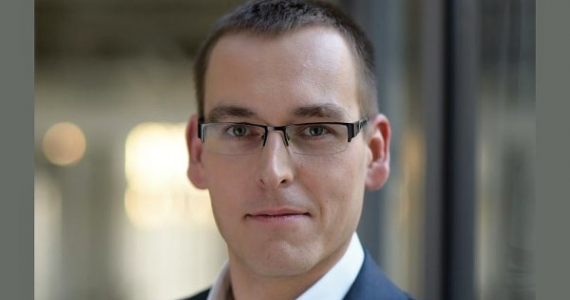